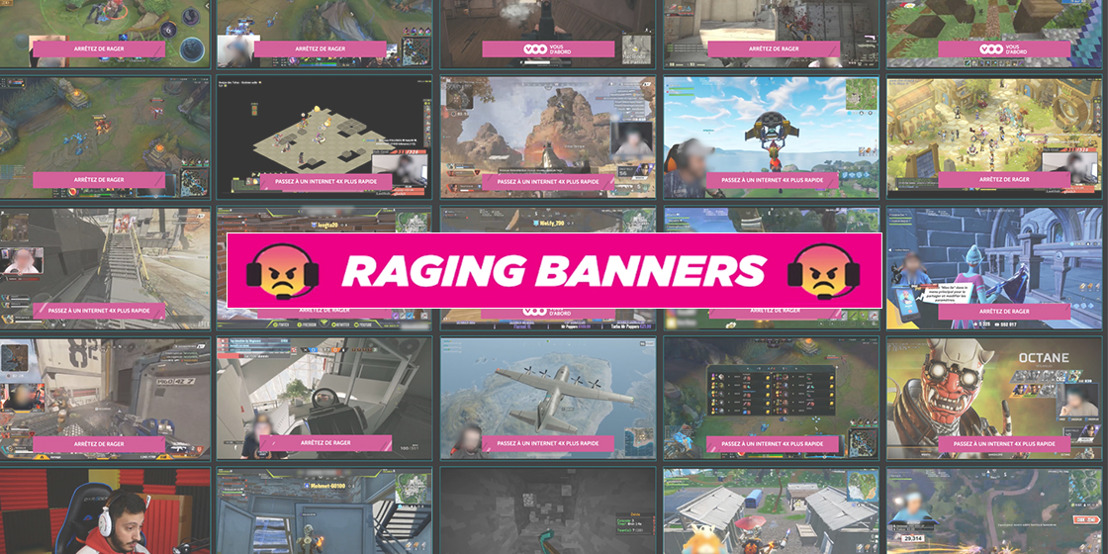 VOO's desired goal is now to gain market (and heart) share within the fast-growing video game community, and more specifically within the community of people who watch other people broadcast their games online, on platforms such as YouTube Live and Twitch. It’s a gigantic industry that attracts on average more viewers than sport on TV.

Obviously, for this community of die-hard video game streamers and viewers, it is crucial to have a fast connection.

That’s why Happiness has created 'Raging Banners', the world’s first real-time voice-activated banners, that only appear on viewers screens when a gamer starts raging about the slowness of their internet connection. Their rage is even written down in the animated banner.

How? First, we programmed an OBS plug-in, which is the most used software for online game streams. This plug-in connects to the microphone and uses Microsoft Cognitive Services to transcribe, in real-time, the keywords-based data, generated by the voice. Then, we programmed every possible keyword related to 'slow internet', and yes, that included some serious swearing. Once 'Internet Rage' was detected, an animated banner automatically appeared during the livestream. A technical achievement that worked on both YouTube Live and Twitch and is a world first!

We then collaborated with prominent gamers - about twenty players with an average of more than 100,000 subscribers each - who downloaded the plug-in. And we waited for their internet to drag... So they would rage a bit.

Because, moments of internet rage due to a slow speed are probably the best occasions to remind people that it’s time to switch to VOO's ultra-fast internet.